Great Plains Zoo formally opened in 1963, but the history goes back to 1931. That year Sioux Falls took over a collection of animals placing them on display in Sherman Park. The zoo grew over the intervening years, moving to its current location in 1963. Despite some rough years in the early 2000s, the zoo gets better each year and is a major attraction in South Dakota. The zoo is run in partnership between the city and the Zoological Society of Sioux Falls, a non-profit which operates the zoo and manages the animal collection.

The zoo has several distinct areas including, Asian Cats, Face-to-Face Farm, African Savannah, Primates, and the Fortress of the Bears. The zoo has exhibits for black rhinoceros and an award-winning Japanese Macaques exhibit. All in all, the zoo is home to over 1000 animals from 137 species. The zoo is accredited by the Association of Zoos and Aquariums (AZA) and has been for over 25 years, recently winning a Quarter Century award. Also, at the zoo is the Delbridge Museum of Natural History, which has an impressive collection of over 150 mounted animals, including 38 critically endangered species.

Great Plains Zoo participates in 43 different Species Survival Plans, including the Amur Tiger, Japanese Macaques, and Snow Leopard. In addition, it supports conservation efforts locally and aboard, including pollinator projects in Minnesota and South Dakota, a rhinoceros researcher in Namibia, and a raptor rehabilitation center. 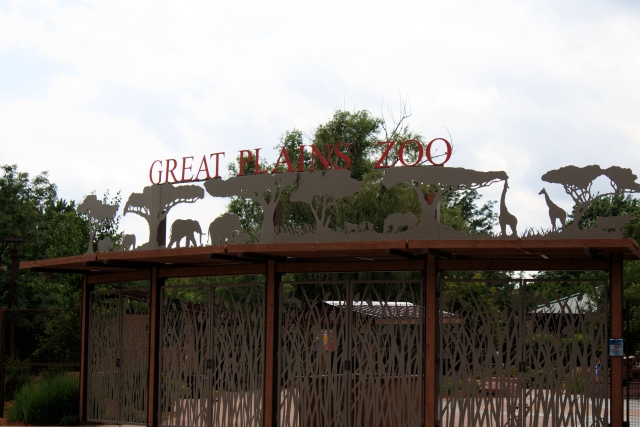