Hemker Park and Zoo officially open to the public in 1994 as Hemker Wildlife park. It is a private family-run zoo and one of the few that is accredited. The zoo began as the dream of Mark and Joan Hemker and has grown steadily since the couple adopted their first animals in 1977. In 2006 Mark passed away, and the family has continued to operate the zoo in his honor. In 2008, they added a petting zoo and picnic area and changed the zoo to its current name.

Hemker Park and Zoo is very easy to navigate. The main area is a big walking loop around the hoof-stock enclosures. Near the entrance are several enclosures, including the Red Panda. At the back of the loop are the waterfowl and otters. And just past the waterfowl is the farmyard, with goats and alpacas.  All in all, the zoo is home to over 300 animals from 60 different species.  The zoo is accredited by the Zoological Association of America (ZAA).

The zoo works with numerous breeding programs for endangered species at the zoo. In addition to these conservation efforts, the zoo participates in several conservation programs across the globe. These programs include efforts on behalf of African Black-footed Penguins and Red-legged Seriema.  The latest endeavor of the zoo is a new non-profit called Guardians of Conservation.  Its mission is to raise funds for the zoo and its conservation work at home and abroad. 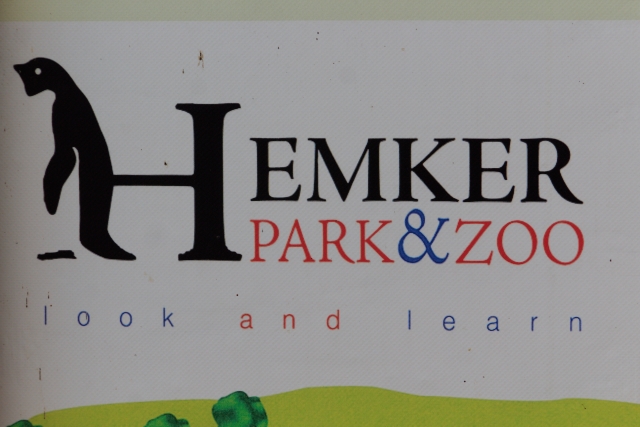