Great Bend-Brit Spaugh Zoo opened in 1953 as City Park Zoo by Brit Spaugh, the first director of public lands for the city of Great Bend. Mr. Spaugh grew and expanded the zoo until 1966 when he turned over responsibility to the next director. The zoo began to focus on North American animals at this time. In 1995 the third director took charge of the zoo. There was a new emphasis on becoming a modern zoo and gaining accreditation. Currently, the zoo is working very hard on new enclosures and general improvements to the zoo. The most recent renovation was an updated Grizzly Bear Enclosure.

Great Bend-Brit Spaugh Zoo is home to about 180 animals from 75 different species. The zoo is small and an easy walk to see all the exhibits. The zoo is home to an African Leopard named Toby, Grizzly Bears, a Mountain Lion, and many smaller animals.  While the zoo is not currently accredited, it works to maintain accreditation standards in animal care.

The zoo’s main conservation effort is the Raptor Center. It focuses on rehabilitation and habitat preservation, along with research and education. The zoo is involved in nine Species Survival Programs, including the Red-Legged Seriema. 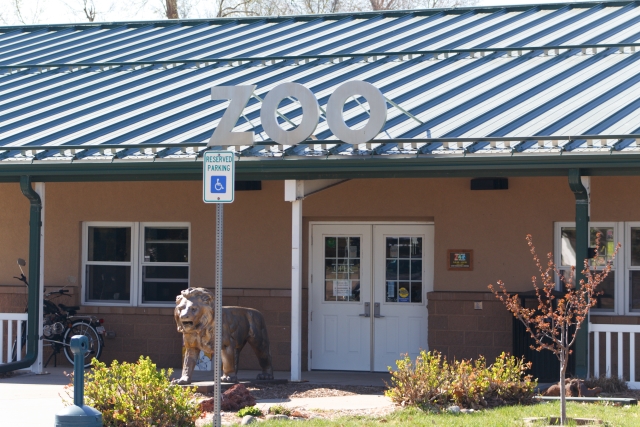